What South Africa’s economic future is likely to hold 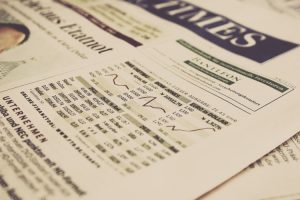 Low inflation should run into 2020, interest rates are likely to stay the same for the remainder of the year and the rand will probably remain stable over the next two years.

This is the recent message from Old Mutual Investment Group Chief Economist, Johann Els, and headds that “ultimately, the SA environment is looking a lot better over the next three to five years, compared to the last five”.

“South Africa is experiencing dismal growth, with a downward trend since the fifties and sixties, aside from a brief uptick post 1994. The past five years have been particularly poor, having performed feebly compared to the rest of the world,” he explains.

Els says confidence is a prerequisite for growth and that we need the urgent implementation of policy and general reforms for confidence in the country to rebound. “Despite a relatively unclear political picture, we have already seen some slow, but steady progress in this regard, but more action is needed,” he adds.

There might be some relief in the offing for consumers. Despite the Reserve Bank’s (SARB’s) recently keeping interest rates unchanged, it has stated that inflation would remain close to the mid-point of its target range (3%–6%) and a rate cut may be on the cards. BusinessLive reports that some economists expect that interest rates may be cut when in July when the SARB’s monetary policy committee (MPC) meets again. Two of the five-person MPC were already in favour of cutting the repo rate at the last meeting in May.

They are not alone in their advocacy. “The case for stimulating the economy via lower interest rates is compelling. If 50% of holders of total private sector credit lower their monthly repayments in response to a one percentage drop in the prime rate, it will unleash more than R17 billion of demand via increased capital formation and household consumption expenditure,” says Dr Roelof Botha, economic advisor to the Optimum Financial Services Group.

Despite this ray of hope, consumers remain pessimistic and circumspect in the short-term. FNB’s latest consumer confidence index shows this metric is in the doldrums. “For the first time in just more than a year, consumers do not expect South Africa’s economic prospects to improve over the next 12 months,” it said.

This is not unfounded as the World Bank forecasts not-even-modest gross domestic product growth of 1,3% for 2019 and 1,7% in 2020. And all things considered, change – such as reduced policy uncertainty, excising waste at state-owned enterprises and combating corruption – will take time, says Sanisha Packirisamy, chief economist at Momentum Investments. If these changes materialise and the world economy keeps growing moderately, she expects growth at an average of 2% over the next five years and exceeding 3% in the outer years.

Even the foreseeable future is eliciting anything but great optimism. Stats SA recently announced that South Africa’s gross domestic product (GDP) contracted by a troubling 3,2% during the first quarter of 2019 – the biggest shrinkage in a decade. Global ratings agency Moody’s said in reaction that this is credit negative for the country’s government and banks and any reforms will take time to be take effect.

Moody’s and other institutions and economists have all raised the serious spectre of a technical recession (two consecutive quarters of negative growth). The global economy’s growth is slowing, too, and this does not bode well for South Africa’s prospects.

But some economists hold a more sanguine view, admitting that policy certainty is improving and that Eskom can keep the power on during winter (widespread and intensive load shedding occurred in the first quarter).

According to Dawie Roodt, chief economist at the Efficient Group, economies tend to bounce back in the second quarter of the year unless extraordinary circumstances existed, which he believes is not the case at present.

“The only thing about such a large contraction is that it creates a large base effect, which helps an economy to bounce – so you would have to do worse in the second quarter than the first quarter in order to get a technical recession,” said Gina Schoeman, an economist at Citibank South Africa.

In conclusion, it can be said that South Africa’s economy and consumer confidence will remain lacklustren the foreseeable future and muddle through. Borrowing money from banks could be a problem and consumers are advised to err on the side of caution, especially with regard to big purchases and loans. Pay rises will be modest but the labour market will continue to reward and absorb those with marketable, in-demand skills.