WerkNet
Your Family
Your Career
Your Health
Your Money
You and the Law
Occupational Guilds
Solidarity Youth
S-Leer
Home › Articles › What are prescribed assets and how does it affect my pension?

What are prescribed assets and how does it affect my pension? 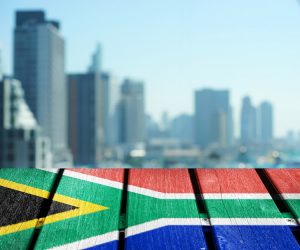 According to experts South Africa has more pension assets than any other emerging economy. With more than R4 000 billion in South Africa’s pension funds, the government’s proposed new policy on prescribed assets could unlock a pot of gold for the government.

The suggestion in the ANC’s election manifesto this year, that a policy of prescribed assets should be investigated could mean that it would become government policy to invest pension fund money where the government wants you to and not where you can get the highest return.

When the term “prescribed assets” is used, it is understood that the government is forcing the savings industry to buy government stock, as well as bonds issued by state owned enterprises (SOEs) on behalf of investors such as retirement funds.

The savings and investment industry, as represented by the Association for Savings and Investment South Africa (ASISA), has worked extensively with various relevant parties on the potential impact of prescribed assets, including government ministers that works with the development of infrastructure via Business Unity South Africa (BUSA), to the National Economic Development and Labour (Nedlac), and via the CEO initiative.

According to Leon Campher, chief executive of ASISA the association and its members are opposed to the prescribed assets and believes that there is no imminent danger of this happening.

What are prescribed assets about?

South African pension funds are already subject to some provision in the form of regulation 28 or the Pension Funds Act, which restricts retirement funds to the extent to which they may invest in specific categories of assets.

The most important limits thus far are as follows:

Why is Solidarity Financial Services and their asset manager, ASISA, opposed to prescribed assets?

What are your options in the future?

The plan for prescribed assets is only proposed and not yet formalised. However, it will merely be a regulation and not an Act by parliament. Therefore, it can become a reality sooner than expected.

Investors should gain a proper understanding of the implications that prescribed assets could have on their pension funds.

Contact your financial advisor about your best options to protect your pension from low returns. This can be done by diversifying your portfolio, investing abroad and other options.

Working from home? You can claim home-office expenses from SARS

The financial lessons we have learned from Covid-19

Pay attention to your finances now