WerkNet
Your Family
Your Career
Your Health
Your Money
You and the Law
Occupational Guilds
Solidarity Youth
S-Leer
Home › Articles › The risks of crypto money, e.g. Bitcoin 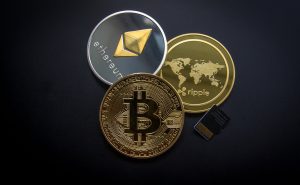 Technology is advancing at an enormous speed. The latest development doing the rounds, is crypto money, e.g. Bitcoin.

Bitcoin is a crypto currency, also known as a virtual currency. There are many different crypto currencies. The best-known crypto currency, of course, is Bitcoin. Although Bitcoin regularly made the news over the past two years, many people are still not sure what it is and how it works. There is also much uncertainty about the protection provided by our laws in this case.

The main reason for crypto money’s allure is because people can freely trade in it across national borders. At the same time it gives traders anonymity and security because of the strict privacy and security measures attached to it. These measures make it very difficult, if not impossible, to forge it.

Virtual currencies enable people to deal with their finances without interference by banks or the government. Because of this these types of currencies make law enforcement very difficult. It is very easy for criminals to commit crimes with these currencies because they keep traders anonymous. Virtual currencies could also have a negative impact on every country’s own currency.

It is, however, unavoidable that more and more countries will shortly have legislation to regulate trading in these virtual currencies. There are even countries, inter alia Russia, China, Bangladesh and Vietnam, that have already declared trading in these currencies illegal.

It is important to remember that virtual currencies are not issued by any country. The only entity that may issue notes and coins, is the Reserve Bank. Therefore, should you wish to make any payment in a virtual currency, you run the risk that your payment will not be regarded as a payment by creditors or the SA law as the Reserve Bank is the only bank that may legally create money.

Law enforcers are not at all competent or equipped with the necessary tools to combat crimes committed by means of these currencies. This poses a big problem. The mere fact that Bitcoin gives the owner anonymity means that criminals can pay any transaction in Bitcoin because it will not reveal their identity.

The use of Bitcoin to commit crimes such as human trafficking and terrorism should be enough to compel any government to take action to properly regulate virtual currencies.