The guilty pleasures that chip away at your budget 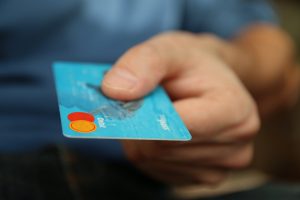 When scrutinising your monthly budget, you are sure to find big (usually necessary but grudgingly paid) expenses, as well as several (or even a plenitude) of small and largely unnecessary ones that evoke guilt but remain irresistible.

It is often said that if you would like more financial freedom, take serious stock of your big expenses. This is certainly true. The expensive car you drive could be a very big and wholly unnecessary burden you are bearing. Driving something more economical might not be as salubrious for your ego, but it will give you fewer sleepless nights and more peace of mind.

As much as this holds true, it is an equally valid assumption that looking at those smaller yet addictive guilty pleasures would immensely optimise your budget. Likewise, they are the little vampires that gradually erode your disposable income and rob you of the ability to save for longer-term bigger goals. Some of them are also as detrimental to your health as they are to your budget – something which is often not the case with bigger, necessary expenses.

Let’s examine some of these guilty pleasures:

Smoking might seem like an innocuous expense as fairly small amounts are frequently doled out by smokers in order to sustain the habit. People do not generally think about buying a pack of cigarettes in the same way as making a payment on your home loan or even a car. But, on balance, smoking could be a fairly large expense and one which one’s health could certainly do without.

“Smoking is famously detrimental to your health, of that we are all aware. But it’s also a nightmare for your budget,” writes Ashley Eneriz on the personal finance website WiseBread. “Even if you label yourself a social smoker and only smoke the occasional cigarette, you’re risking getting addicted, or resurrecting a smoking addiction you’ve previously kicked. Your financial and physical health will both prosper by dropping this habit.”

Attending a game of rugby or cricket at the stadium is a lot of fun, but that pleasure often has a hefty price tag if the main and ancillary expenses are added up. Holly Johnson writes on the finance website Club Thrifty that apart from buying the tickets (which are not cheap) for yourself and probably also your family, you are also splurging on food, beverages, booze and the fuel to get there. And in South Africa there is also the issue of safe parking – which certainly isn’t free.

“When you’re rushing around in the morning, it seems easier to just buy lunch near your place of business. But shelling out your hard-earned cash every day of the workweek can quickly add up,” says Eneriz. It’s fine to eat out for lunch, but reserve it for a single day during the work week (let’s say a Friday) and pack lunch on the other days.

The same goes for those delectable (and readily available) takeaway coffees and latté’s. There is nothing wrong with enjoying them in moderation, but forking out R35 three or four times per week will hurt your budget and your waistline.

When are guilty pleasures OK and when should you skirt them?

This is a valid question and Kayla Sloane, contributor to the personal finance website Chime, offers some valuable yardsticks.

She says it is fine of they don’t sabotage your budget. “It’s ok to have a small guilty pleasure that you’ve accounted for in your budget.” Secondly, go ahead and do them if they help you in other ways. Trips to the yoga class or the beauty salon yield other benefits such as looking good and boosting your self-confidence. Thirdly, feeling a mere iota of guilt about an expense could actually increase your joy levels and your budget and diet won’t be derailed by occasional small expenses.

On the flip side, buying something on the spur of the moment could leave you with unnecessary remorse when in hindsight you realise that you haven’t gained anything of true value. Also, when it becomes regularised and eventually an addiction it needs to be ceased. “This is not only bad for your finances, but it can also be bad for your health and relationships. Some examples of guilty pleasures turned into addiction are alcohol and compulsive shopping.”

Ways of ridding yourself of debt

How to get out of debt