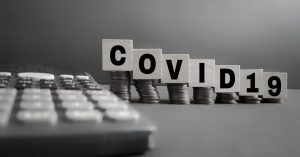 The Covid-19 pandemic is still having a negative effect on the domestic income of South Africans, with consumers who are becoming increasingly concerned about their ability to pay their accounts.

Research by TransUnion just before the start of the third Covid-19 wave and the riots in Gauteng and KwaZulu-Natal pointed out that consumers were especially concerned about their ability to pay their debts, especially personal loans, retail accounts and credit cards. 43% of respondents indicated that they fell into arrears with an account or loan over the past three months.

The main reasons for lower domestic income were job losses, salary cuts and reduced hours of work. Four out of 10 (40%) of consumers who were questioned said that somebody in their household lost their job, 38% said that their domestic salary was cut, and 28% said reported fewer hours of work.

Only 4% of the households questioned said that their finances had fully recovered after their domestic income had decreased at some stage during the pandemic. However, South Africans stayed optimistic: 75% of everybody questioned said that they were optimistic about the future and 52% were confident that their domestic finances would fully recover within the next 12 months. To speed up this recovery, many of the respondents have begun to do extra work.

However, Sager warns that those who were lucky enough to keep their jobs or income cannot now simply sit back and relax. “Even though it seems as if things are getting back to normal, it is still a very difficult and uncertain environment. Consumers should focus on what they can control so that they can put themselves in a better position to face setbacks as the economy is beginning to recover.”

How to make an asset of your house