WerkNet
Your Family
Your Career
Your Health
Your Money
You and the Law
Occupational Guilds
Solidarity Youth
S-Leer
Home › Articles › Store loyalty programmes: Why they’re popular (and when they’re not) 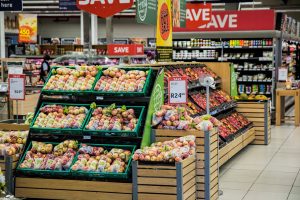 Almost as ubiquitous as the purchases you make, is the omnipresence of loyalty programmes. Many of us have a wallet or purse that is bulging with store cards rewarding with points or other goodies when you swipe.

As the demand, competitiveness and popularity of loyalty programmes grow, so does consumers’ demand for improved quid pro quos.

“Loyalty programs are ubiquitous, but consumer appetite for the promise of savings and recognition is not dwindling. Consumers are asking for more and expect programmes to deliver beyond the points,” says Emily Collins, a principal analyst focused on customer loyalty at Forrester.

A whopping 80% of respondents indicated that they were more likely to shop at stores that offered them some kind of loyalty deal. Some 57% said they join such programmes to save money, while 37% said “receiving rewards” is what they’re after and 3.6% stated that they like to earn rewards.

“We first wanted to establish what motivated people to join loyalty programs. The clear takeaway is that most consumers join programs hoping to save money, or receive discounted products,” says Cameron Graham, one of the authors of the study. “The second most cited reason for participation was receiving rewards. This is the strategy employed by companies such as Starbucks with their My Starbucks Rewards system. Instead of offering consistent discounts, consumers can build up points, which can then be redeemed for rewards or free products.”

“But the loyalty game is changing, as evidenced by new players, evolving experiences and increased customer expectations. Regardless of sector, brands need to rethink their current loyalty strategy in order to increase customer engagement and build loyalty,” says Bob Macdonald, president and CEO of Bond Brand Loyalty in a statement.

The report also cautions retailers to avoid the four most common sources of loyalty member frustration:

Lastly, the BrandMapp survey showed that cards still trump apps as far as the use of loyalty programmes are concerned: 59% preferred a card to 47% who preferred to make use of an app.

BusinessTech, 26 October 2018, “These are the best loyalty programmes in South Africa”, https://businesstech.co.za/news/finance/279973/these-are-the-best-loyalty-programmes-in-south-africa/.

Marie Griffin, 21 May 2018, “More than one-third of shoppers would pay for enhanced loyalty programs”, https://www.retailtouchpoints.com/topics/crm-loyalty/more-than-one-third-of-shoppers-would-pay-for-enhanced-loyalty-programs.

How to survive during your maternity leave