WerkNet
Your Family
Your Career
Your Health
Your Money
You and the Law
Occupational Guilds
Solidarity Youth
S-Leer
Home › Articles › Retirement funds: New rules in a nutshell 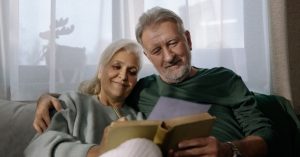 It is therefore important that members of these funds grasp these changes and the context in which they are exacted.

Former minister of finance, Pravin Gordhan, tabled proposals in 2013 aimed at the governance, preservation, annuitisation and harmonisation of retirement funds.

In the explanatory memorandum that accompanied the Taxation Laws Amendment Bill of 2013, the Treasury stated the following:

T-day was first earmarked to commence on 1 March 2015 but was postponed for a lack of consultation with key stakeholders.

Jean du Toit, attorney and head of tax technical at Tax Consulting South Africa, says that, in short, members of retirement funds are from 1 March 2021 (when the Taxation Laws Amendment Bill takes effect) subject to the annuitisation rules, only allowing them to withdraw one-third of the value of their retirement fund by way of a lump sum. The balance must be withdrawn as an annuity (in other words, in regular portions).

However, annuitisation rules are not binding where the retirement interest does not exceed R247 500, or to amounts contributed on or before 1 March 2021. Jenny Gordon, head of technical advice at Alexander Forbes, says the other exceptions that should be noted include the following:

Another rule that remains unchanged is that of compulsory preservation. “For example, currently, you are permitted to take your full withdrawal benefits from your pension fund in cash upon termination of your employment. Some may understand the new rules to mean that this would no longer be possible, but this is not the case – this rule remains intact – for now,” says Du Toit.

Another thorny issue emanating from the new rules is access to funds when someone emigrates.

In a commentary on the matter, law firm Bowmans pointed to a proposal by Treasury to only allow the withdrawal of retirement funds when an individual has been tax non-resident for an uninterrupted period of three years or longer.

“There was substantial opposition to this proposal. One of the comments made to Treasury was that the three-year waiting period would place a financial burden on individuals as the amounts received from retirement funds are often used to cover settling in costs in a new country.

“Treasury was not swayed. In their view, the three-year waiting period is a mechanism to ensure that there is a sufficient lapse of time for all emigration processes to have been completed with certainty, without affecting such workers whose residence status changes for reasons other than emigration.”

“It is unfortunate that many potential emigrants will now feel that they have no choice other than to formalise their emigration in the next couple of months in order to obtain access to retirement funds,” said Bowmans.

“It is important for potential emigrants to understand that the proposed rules apply only to preservation funds and retirement annuities, not to current membership of a pension fund or provident fund. The full after-tax value of a withdrawal benefit in respect of a pension fund or provident fund will continue to be available to current members of these funds, also after 1 March 2021,” Bowmans said.

Set your financial goals for 2021

Pitfalls to be avoided when investing in retirement property