Properties now longer on the market 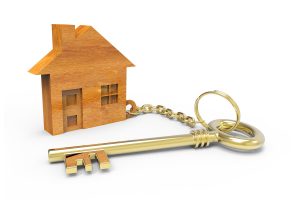 If you are hoping to sell your property, make sure that patience is one of your virtues.

The estimated average time of properties on the market has risen markedly since the start of the year – despite the outcome of the local government elections seemingly buoying the market.

Discussing the 3rd Quarter FNB Estate Agent Survey, John Loos, property strategist at FNB, says this period has risen from 11 weeks and one day in the first quarter of 2016 to 14 weeks in the third quarter. This signifies a decline in activity in the property market. “If demand had indeed slowed, and supply constraints were being alleviated, one would expect that ultimately the average time of homes on the market would increase. This appears to have started to happen, with some lag, after the demand slowdown, and with supply constraints indeed appearing to have been diminishing for some time,” he says.

“From late-2014 through to early-2016, the estimated average time on the market moved more or less sideways at not far from the 12 weeks level. However, more recently, in the winter quarters of 2016 we have seen a noticeable upward move in this average time.”

Loos says this is the highest estimate since the 15 weeks and 3 days recorded in the final quarter of 2013.

This is despite a solid 24.7% of the agents surveyed believing that the outcome of the local government elections have boosted consumer sentiment. “The feedback was a perception that the election had run successfully, and the situation in the country was more stable following the elections.”

However, a mere 3,3% of agents polled perceived positive consumer sentiment due to an improved economy and only 8.7% of total respondents perceived increased buyer and seller activity. “Actually, the entire sample of agents surveyed in the 3rd quarter pointed to a decline in overall activity in the market.”