WerkNet
Your Family
Your Career
Your Health
Your Money
You and the Law
Occupational Guilds
Solidarity Youth
S-Leer
Home › Articles › Interest rates: When will they rise or fall? 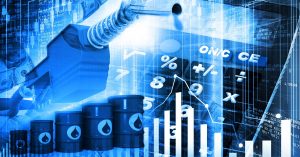 Interest rates were aggressively cut in 2020 when it became apparent that the Covid-19 pandemic and lockdowns would inflict damage on the economy and households. This has led to a strong rebound in purchases of anything from cars to houses.

It has since been held steady and the South African Reserve Bank (SARB) recently decided to keep them at record lows. However, concerns about rising inflation will exert upward pressure on rates.

The question then is: What is in store for interest rates in the future? People with debt should take heed of this as it will have a bearing on their disposable income. After all, Covid-19 is not going away and sociopolitical turmoil in the form of unrest in South Africa’s economic hubs will certainly dent the country’s economic prospects.

Let’s start with the SARB as the decision-making body tasked with controlling interest rates and inflation. Bear in mind that the SARB’s own target band for inflation is between 3% and 6%. “Average surveyed expectations of future inflation have increased by 0,3 percentage points to 4,2% for 2021, and by 0,2 percentage points to 4,4% for 2022. Market-based expectations for inflation are slightly higher for 2021 and lower over longer horizons,” the Bank’s governor, Lesetja Kganyago, said in a statement explaining the latest decision to hold rates on hold.

“Despite higher expectations and continued upside risks, the Committee expects inflation to be contained in 2021 and 2022, before rising to around the midpoint of the inflation target range in 2023.”

Kganyago says that, based on this data, the Bank is likely to hike rates by 25 basis points in the fourth quarter of 2021 and again during each quarter of 2022. These mild rises are aimed at  supporting credit demand as the economy recovers from the pandemic and concomitant lockdowns.

That being said, a Reuters poll of 25 economists suggests that the SARB will probably only hike rates by 25 basis points in January or March next year. This is likely to be followed by another 0,25% increase in July or September 2022. The large-scale criminality, unrest and looting as well as the economic impact of the third Covid-19 wave, could very well make this conservative forecast a reality.

A Finder’s repo rate poll of 21 economists was unanimous in agreeing that the next rate hike will be an increase and according to a quarter of the participants it could be expected as soon as next month. A majority of respondents opined that the SARB will hold rates where they are until 2022 and almost half think it will be increased during the first half of the year, while 24% think it will only be raised in the second half. Only 5% think rates will remain where they are until 2023.

Chief economist at The Efficient Group, Dawie Roodt, expects an interest rate hike in November seeing that inflation will probably be rising by then. Jeff Schultz from BNP Paribas South Africa also foresees a rate hike in November, followed by a cumulative 50 basis points increase in the first quarter of 2022.

However, dean of the University of Pretoria, Elsabe Loots, boldly predicts that rates will hold until 2023 because of worsening unemployment.

What exactly will happen with interest rate hikes is guesswork. Moderate rises in the near-term seem likely, but the latest spate of violence and the continuous impact of Covid-19 have not been factored into future decision-making. The best bet is to prepare for moderate and regular increases in the foreseeable future and to keep your debt low and manageable to leave room for possible rate-hiking pain.

How to make an asset of your house