How much should I save to retire comfortably 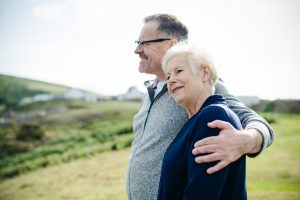 According to a study on personal finances that was conducted among working people in the United Kingdom last year, 15% of the respondents were not sure if they would have enough money for retirement. Further studies show that people across the world are ignorant about their personal financial well-being, and actual trends show that this percentage is much higher.

Regarding statistics on people’s behaviour concerning saving for the future, a study conducted in Germany, the United Kingdom and France, respectively, showed that an average of 26% of respondents were not saving for retirement but that they had saved in the past and were still planning to save in the future. 10% of the German respondents and 5% of those in the United Kingdom indicated that they were not saving for retirement at all and also did not intend doing so.

Saving for retirement therefore seems to be a world-wide problem.

Looking at research on South Africans’ saving behaviour, however, the picture is much bleaker than the international trends referred to above.

What is even more alarming is that 40% of South African women across all races indicated that they did not have any form of savings or investment. Furthermore, the results of a survey conducted by Just Retirement South Africa show that only 50% of the married men taking part in the survey considered it important to leave an inheritance to their spouses.

Research by Netwerk24’s Muntslim section and Old Mutual, respectively, found that most South Africans are totally ignorant concerning the general principles of financial planning and the management and planning of their own savings. Old Mutual’s 2018 report analysing the financial behaviour of working South Africans in the major metros showed that respondents were saving an average of 14% of their income, but that these savings were not being applied to link up with long-term objectives such as life and disability cover and pension benefits.

This reality is a far cry from the advice given by experts on financial planning for retirement:

When do you start saving for retirement?

If you have not yet started saving, don’t think it is too late. The second best time to start saving is nów. The earlier you begin, the less you have to save every month in order to enjoy the benefits of composite interest and investment growth.

How much do I have to save to have enough for retirement?

This question should be answered by first looking at South Africans’ life expectancy. With ongoing development in the medical industry, the average person can expect to live longer than a few years ago. This means that you have to save for at least 20 to 25 years if you intend retiring at 65.

Although opinions in this regard differ, the general rule of thumb is between 70% and 80% of your current salary, provided you have no more debt. Some financial planners even increase this percentage to 90% of your current income, because medical costs rise considerably as one gets older. The average South African spends roughly R28 000 on medical expenses every year, and frail care costs stand at about R190 000 per annum, without even including medical inflation. Medical inflation for 2018 was 8%, much higher than the current consumer price inflation (CPI) rate.

A study in the US in 2018 showed that 50% of respondents knew full well that they would not have enough money if they were to require long-term care for medical reasons during retirement, and for South Africa the picture does not look much better either.

It also is important to note that saving for retirement is not an exact science. Instead of trying to find an exact figure, it is better to use the spectrum of age as a target.

The asset manager Allan Gray advises clients to also plan for lifestyle inflation. The guidelines given usually only take into account inflation that is linked to the general CPI. If your lifestyle inflation exceeds the CPI, you have to bear this in mind when planning for retirement.

What if I started saving late?

When you start saving late, what is important is not only to catch up on your monthly savings, but also that you are missing out on the benefits of composite interest.

The following example illustrates the effect of composite interest and time (without taking inflation into account):

OK, you started saving much too late and cannot now afford saving large monthly amounts for pension, what now?

According to experts there are several ways to augment your pension: you may invest in a tax-free savings account or a second property or on the stock exchange, or you could even collect valuable works of art.

If you are near retirement and you realise that you have not saved enough, you could do the following:

You don’t have to feel helpless. Knowledge is power. Take control of your retirement planning today and start thinking of plans how you can start saving or augmenting your current savings. Also remember that you don’t have to do this all on your own: there are qualified persons, such as those at Solidarity Financial Services, who can give you guidance on your investment portfolio – just be sure to contact them today at admin@sfdienste or 0861 101 005.