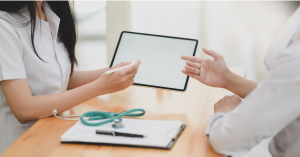 When future medical expenses are calculated, there are certain principles that have to be taken into account.

These principles were clearly set out in the appeal court case of Premier, Western Cape v Kiewitz 2017 4 SA 202 (SCA). The case dealt with an action that Mrs Kiewitz brought against the Premier for damages after her minor child was left blind because of medical personnel’s failure to identify a certain disease in her child.

This case eventually served before the highest court of appeal. Mrs Kiewitz held that an  amount of money must be paid now for future medical expenses and that the Premier’s legal representatives were wrong if they held that the Premier could insist that she could get her damages over a  period of time.

It is accepted in common law that pecuniary loss shall always be paid in money. In this case, however, the Premier offered restitution of a certain nature not admissible in delictual cases of pecuniary damage owing to physical injuries.

His offer was also in conflict with the so-called “once and for all” rule in terms of which it is  demanded that compensation shall resolve the dispute between parties once and for ever.

The Premier’s appeal was dismissed. It was ordered that future medical expenses had to be paid in a lump sum and that it could not be paid out as and when it became necessary.