WerkNet
Your Family
Your Career
Your Health
Your Money
You and the Law
Occupational Guilds
Solidarity Youth
S-Leer
Home › Articles › Finances: Step on those brakes at the end of the year

Finances: Step on those brakes at the end of the year 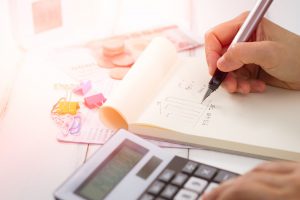 To many people year end means salaries that are paid earlier, with December bonuses as well, but it is also holiday time, which usually means that a lot of money is spent.

Most people are bound to feel more relaxed dung the festive season, with the result that they also spend money easier. This is the time when the temptation is strong to spoil yourself for the year’s work or to spoil other people in your life.

According to the debt counselling firm DebtBusters there is always a considerable increase in enquiries about debt counselling during January and February by consumers who did not manage to slow down towards the end of the year.

Marlies Kappers, head of marketing at the financial services provider DirectAxis, says it is easy to overspend if your salary is paid earlier than usual in December and you were perhaps paid a bonus too.

“This means, however, that you are going to wait a month and a half before you are paid again.” Consumers must also keep in mind that debit orders are usually processed earlier in December.

“This is to make sure that there is enough money in your account. If there are insufficient funds your bank will penalise you and it could also affect your credit record, which means that you will not be able to lend money or will have to pay higher interest rates.”

According to Marlies there usually are a few extra expenses in January. These could, inter alia, include school uniforms and writing materials.

“It is therefore essential to keep in mind that, should you be paid early in December, you will have to stretch your budget. You will also have to budget for expenses in January. Therefore, plan your spending accordingly.”

Marlies also warns not to spend too much. “You are possibly going to have more money in your account than usually and also earlier than usual. This means keeping a clear head and not succumbing to the temptation to spend recklessly.

“First make sure that you have enough money to cover all your expenses for January. You can also look at paying off some of your debts because this would mean that from next year you could have more money at your disposal every month.”

However, this does not mean that you may not spoil yourself. “Just make sure first that you know how much money you will need until you are paid again.”

Use the discount for 60-plussers

Covid-19: This is how SARS wants to make tax affairs easier

Property: Now is not a bad time to buy

What is gobbling up my data?