WerkNet
Your Family
Your Career
Your Health
Your Money
You and the Law
Occupational Guilds
Solidarity Youth
S-Leer
Home › Articles › Don’t jump into (loan) shark-infested waters! 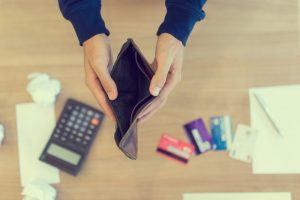 “They’ve been part of the credit landscape for hundreds of years,” says South African consumer journalist Georgina Crouth. “Their predatory lending are linked to major events in history, including the American Civil War and the 1929 Wall Street collapse.”

While there are laws in place to curtail their practices, loan sharks often operate beyond the reach of regulators and the legal system.

It estimated that there are at least 40 000 operating in South Africa, at a ratio of one for every 100 households in informal settlements.

“By being unregulated, they charge anything from 30% to 50%,” says Jeffery Sibanda, a financial advisor. The National Credit Act allows a maximum of 31% interest a year to be charged. For a short-term loan that does not exceed six months, interest rates may not exceed 3% a month.

Sibanda warns that some loan sharks illegally take a person’s possessions as repayment for a debt. He also warns that loan sharks may use intimidation and, in some instances, violence to get their money back from the borrower.

Loan sharks can even go as far as taking your ID and bank cards. Sibanda says according to civil law this is a criminal offence.

Earlier this year the court imposed a fine of R18 000 – or 30 months’ imprisonment – on a 54-year-old loan shark from Welkom after he was convicted for contravening the National Credit Act. The perpetrator was confiscating clients’ bank cards and identity documents to secure loan repayments.

A loan shark may:

If you find yourself the victim of a loan shark, you can report the individual to the National Credit Regulator.

How to survive during your maternity leave