WerkNet
Your Family
Your Career
Your Health
Your Money
You and the Law
Occupational Guilds
Solidarity Youth
S-Leer
Home › Articles › Can you be charged more in interest than your original loan?

Can you be charged more in interest than your original loan? 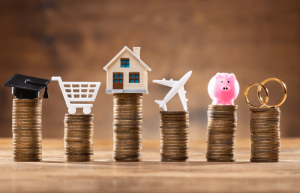 If you borrow money and the interest accumulates to equal the amount you borrowed, can you still be charged further interest?

This is dealt with by the in duplum rule, which means “double the amount.”

It specifies that interest on a debt will cease to run when the total amount of arrear interest has accrued to an amount equal to the outstanding principal debt.

It’s important to distinguish between the common law in duplum rule which existed for about a hundred years before the statutory in duplum rule was signed into law under the National Credit Act (NCA) of 2005.

The common-law interpretation is that interest on a debt stops accruing once it has reached an amount equal to the outstanding debt. If you owe R2 000 and have accumulated interest on the debt up to R2 000, no further interest can be charged.

But the common-law in duplum rule does not stop interest from beginning to run again once you have paid the outstanding interest to below the in duplum level.

The common-law in duplum rule only applies to interest. The statutory in duplum rule limits all interest and other payments on debt to double the amount of the original debt.

However, if a creditor goes to court and the court orders the debtor to pay back, it is unclear how the in duplum rule applies.

The National Credit Act of 2005 has continuously been criticised for its unclear drafting, and numerous cases have been brought to court to clarify precisely what is included and what is excluded in the statutory in duplum rule.

For the moment, the situation is as follows: