Buying off-plan is sensational but beware the pitfalls 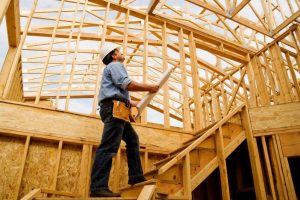 The idea of buying property off-plan is sensational, since the potential to have considerable input into the internal layout and finishing of your dream home is exciting.

Few have the finances or know-how to take on the challenge of changing an existing property’s internal walls, bathrooms, bedrooms or kitchen. Being able to custom design your own property without having to pay for an architect is definitely an advantage.

That’s the good part. The bad part is that there are many down sides to procuring property based on an architect’s plans.

One of the most obvious is that purchasers cannot inspect what they are buying. People seldom purchase a car without having inspected it or taken it for a test drive; yet many are happy to purchase property off plan without ever having seen more than a picture or an architect’s plan.

An artist’s impression of what a development is meant to look like is not necessarily what a purchaser agrees to in the draft building plans and specifications. As buying property is one of the most expensive purchases individuals make during their lifetime; investing capital into something that has never been seen is highly risky.

A less obvious but extremely important downside is the falsely perceived cost savings. The “package deal” that many purchasers believe they are receiving is not really saving the purchaser any money.

It is not uncommon to see “no transfer duty”, “no transfer costs” and “no bond costs” slapped on development billboards. What most purchasers don’t know is that these costs are assimilated into the purchase price in one way or another.

Where the seller of a property is a VAT vendor and the property is part of a VAT-able enterprise, no transfer duty will ever be payable by a purchaser. Instead, VAT is payable by the seller. In the case of a development where the developer is a company and a VAT vendor, the seller will always be liable for VAT. This cost is built into the purchase price of the property, along with all other costs, such as bond and transfer costs.

The problem with the advertised “package deal” is that the property’s value is less than what a potential purchaser may believe. Be well aware that the real value of the property is the net cost – the total cost of the property less the transfer and bond costs and the VAT associated with those costs.

If, for example, the developer runs out of funds, the development will come to a grinding halt, resulting in long delays. The longer the delay, the more chance there is for the overall costs to escalate. These, in turn, can be transferred to the purchaser unless a watertight agreement has been drafted; one specifically tailored to identify these problems.

The process is further delayed if the purchaser is purchasing a unit in a sectional-title development. Normally, transfer of a sectional title unit will only take place when the final phase of that particular building has been completed.

When buying off plan, it is therefore imperative that a purchaser is familiar with the process.

Should a purchaser require a bank to assist with the finance, it is important to realise that the repayment of (or at least part of) the mortgage bond, and the rates and taxes (which are higher on vacant land than on developed land) will be payable upon the undeveloped land being transferred to the purchaser.

This means that a purchaser will have bond repayments before the construction of the house has even commenced. Accordingly, there is nothing to protect the purchaser if there are delays in the development.

Ultimately, most of these problems arise either because the purchaser is unfamiliar with the process of buying off plan or because insufficient research was conducted into the developer and the development itself.

Once the purchaser has attended to the above, it is vital that various protections are in place in the sale agreement to protect the buyer in the event of long delays or a breach by the seller and/or developer.

Although there are numerous problems (only some of which are mentioned above) associated with buying off plan, there are many great developers and successful developments in South Africa. If a purchaser has done his homework and the right protections are in place, a purchaser is likely to avoid most of the difficulties associated with buying off plan and take pleasure in having a custom designed home. 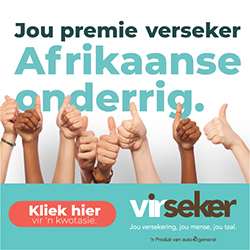