WerkNet
Your Family
Your Career
Your Health
Your Money
You and the Law
Occupational Guilds
Solidarity Youth
S-Leer
Home › Articles › Budget: This is how it will affect you 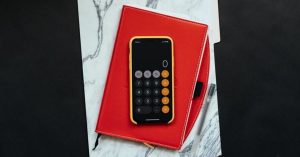 The national budget was recently announced and this is how it will affect your wallet.

Tax notches and rebates are adjusted to above the inflation rate. This means that individuals with an annual increase in their salaries will not necessarily fall in a new tax notch and will therefore not have to pay more of their salary to tax. The tax threshold has also been increased, which means that only individuals who earn more than this threshold per annum will be levied for personal tax.

The so-called expat tax came into effect on 1 March and entails that South Africans working overseas will in future be taxed for the difference between the income tax they pay where they reside and what they would have paid locally. The first R1.25 million per annum earned overseas will be tax-free.

Specific excise duty on alcoholic beverages and tobacco products, the so-called sin tax, will increase by between 4.4% and 7.5%:

Levy on plastic bags and tax on light bulbs