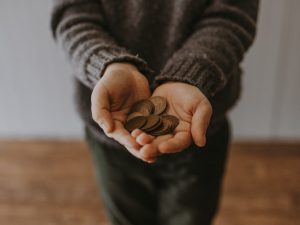 Financial crimes abound in South Africa and consumers need to be aware of the risks in order not to become victims.

According to Herman Lombard, founder and director of the financial service provide African Unity, the internet and social media have opened up a whole new world of possible scams.

“Digital bank fraud has increased dramatically and in 2018 caused an astonishing R262 million in gross losses in South Africa.”

Lombard explains that the most common digital bank fraud is unauthorised SIM swops while consumers use bank apps and vishing, which entails  a consumer being phoned by a scammer who pretends to be a bank official or a service provider and manipulates the victim so as to obtain confidential information, such as a once-off PIN (OTP). (This is in contrast to phishing, which operates via emails).

According to Lombard, financial illiteracy and desperation also play a considerable role when it comes to the victims of this kind of crime. “Experts warn that scams that occur on social media are become increasingly popular. Always be on your guard and try to verify the genuineness of every communication you receive.”

Lombard lists the most common online scams as the following:

Fraud without a card: This kind of fraud is very common and entails illegal online purchases without using a physical card or the card-holder’s permission. The card details are procured in a fraudulent manner. Lombard says it is very important to utilise credit cards carefully and only buy at reputable online shops. “Always check your statements thoroughly and don’t make your credit card details available per email.”

Advance fraud: This kind of fraud entails consumers being offered a large amount of money, sometimes on valid grounds, on condition that a small administrative fee or banking details be provided. According to Lombard, scammers usually are successful with this kind of fraud as they represent themselves as employees of financial service providers.

WhatsApp scams: These kinds of scams are quite similar to those on Facebook and entail the distribution of links. When consumers click on the links, their personal information can be stolen.

“If you have been the victim of a scam, it is important to report it to the relevant authorities. Also inform family and friends if this has happened to you, so that they don’t become victims as well,” says Lombard.

Use the discount for 60-plussers

Covid-19: This is how SARS wants to make tax affairs easier

Property: Now is not a bad time to buy

What is gobbling up my data?