WerkNet
Your Family
Your Career
Your Health
Your Money
You and the Law
Occupational Guilds
Solidarity Youth
S-Leer
Home › 2016-budget › Always broke before payday? Heed this advice 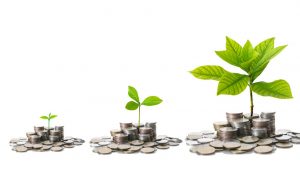 There is so much month left at the end of my money. If you regularly feel like this and come payday don’t have a cent to your name, it’s time to start doing things differently.

With the necessary planning it is possible to still have some of your salary left over at the end of the month and there is no reason to be broke every month.

This is according to Cobus Venter, a financial planner of Johannesburg.

He says that if you are in the same precarious financial position every month, the reason might be that you don’t have any financial plan or budget.

“If you are without clear-cut short, medium and long term goals, financial freedom will always seem to be an unreachable fantasy – as well as having your salary last until the next payday. It needn’t be overwhelming or intimidating to put a financial plan into action. Whether you decide to do it yourself or with the aid of an expert, simply start by prioritising your aims and put the list where you can see it on a regular basis. It could change your life.”

He says people often make the mistake of buying expensive goods in an effort to feel better about themselves.

“That happy feeling unfortunately doesn’t last long. As soon as the accounts and credit cards statements come in the front door, the happiness flies out of the window.” He says people should get into the habit of not buying unnecessary things. “Most of us live on a higher level than we can afford and use our cards more than we should. Chronic overspending and high interest credit card debt are your budget’s greatest enemies. Spend money as if you’re poor and you are likely to get rich – or make it until the next payday.”

Another mistake people make is to spend first and save later.

“The most effective way of saving is to make it an automatic part of your deductions. It shouldn’t be something that is negotiable. If we don’t save, we will in any case spend that money on something we don’t need.”

According to Cobus, people also make a big mistake by not saving for emergencies.

“The golden rule is to actually have six months’ salary in an emergency fund. This is very difficult, but it can ease a sudden drastic expense.”

Lastly, Cobus warns that the reason why you may not have any money at the end of the month, could possibly be because you are a person who is easily influenced.

“All of us have negative influences in our lives that cause us to spend money unnecessarily and the materialistic culture in which we live should probably be blamed. The art is not to give in to temptation. You have to make a concerted decision to avoid landing in a vulnerable position.”

He says a few mind shifts and the necessary planning can result in you have something left over by payday every month..

“Plan in the right way and survive with your salary.”