WerkNet
Your Family
Your Career
Your Health
Your Money
You and the Law
Occupational Guilds
Solidarity Youth
S-Leer
Home › 2016-budget › Property: Don’t fix your rate 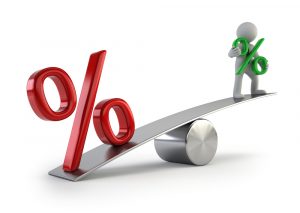 The prospect of further interest rate increases this year and early next year has sent many borrowers running to their banks in pursuit of fixed interest rates on their home loans and other debts.

However, says Berry Everitt, MD of the Chas Everitt International property group, the time to fix a rate is when interest rates generally are dropping or constant, not when they are rising.

“By the time the Reserve Bank has started to raise rates and the banks are anticipating further increases, you will most likely be charged a hefty premium for the privilege of a constant monthly repayment.

“For example, if you are currently being charged the prime rate of 9,25% on your home loan, most banks would raise the rate to at least 11,25% (and probably more) if you asked them now for a fixed rate for, say, the next two years.

“And on a R1 million home loan, that would add about R1 300 to your bond repayment every month, which is quite a price to pay just for the ‘peace of mind’ of knowing that this repayment will remain the same for the next 24 months.”

He notes that paying this additional amount every month will not help you shorten the term of your home loan or save you any money in the long run.

“Essentially, it will be money wasted unless the prime rate does suddenly shoot up to 11,25% or more in the next couple of months, which is not on the cards.”

Consequently, Everitt says, if you can afford this additional R1 300 a month, you would be much better off using it to reduce the capital portion of your loan as fast as possible.

“Indeed, amortisation tables show that if you do this for just six months starting now, you will reduce a R1 m loan balance to around R983 000 – and be able to deal with a 2% increase in interest rates without any change in the total monthly amount you are used to paying.”

In addition, if interest rates actually rise by less than that but you still keep paying the same amount each month, you will shorten the term of your loan by several years and could save hundreds of thousands of rands in interest, he says.